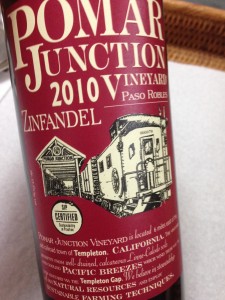 This is a small list of wine terminology to help you gain confidence when talking about or discussing wines.

TERMS and DEFINITIONS:
ACID – The class of chemical compounds that produce a tart, sharp, or biting character in wine.
AROMA – A sensory characteristic of a wine detectable by the olfactory senses of the nose
BOTRYTIS “BOTRYTIS CINEREA” – “Noble rot”; a fungus that, under appropriate conditions, draws water out of grapes and thereby concentrates the sugar content, while simultaneously adding distinctive flavor elements
BUD BREAK – The initial appearance of green shoots growing out of grapevines each spring
CANE – A one-year-old grapevine branch that will support new growth in the current year
CLONE – A grapevine grown by rooting or grafting a cutting from another vine, which is therefore genetically identical to the original plant
CORKED – 1. Sealed with a cork. 2. Affected by cork taint
CORK TAINT – A characteristic undesirable aroma in wine sometimes caused by contamination of a wine cork with the compound TCA
DRY – Not sweet; lacking perceptible sugar
ETHANOL – The most common alcohol found in wine
FORTIFICATION – Adding alcohol to a base wine
FORTIFIED WINE – Wine to which alcohol has been added to raise the final alcohol level to 15 percent or higher
FRUCTOSE – One of the two most prevalent sugars in grapes
GLUCOSE – One of the two most prevalent sugars in grapes
LACTIC ACID – A mild acid that is not found in grapes but is present in many wines due to malolactic fermentation
LEES – Sediment in wine after fermentation, consisting primarily of dead yeast cells and grape solids
LEGS – Thick viscous droplets of liquid that runs slowly down the interior of a glass of wine after swirling
MALIC ACID – A moderately strong acid that is found in abundance in unripe grapes but decreases as the grapes ripen and is the primary input to malolactic fermentation
MALOLACTIC FERMENTATION – A biochemical process by which lactic bacteria convert malice acid to lactic acid, thereby reducing a wine’s acidity and altering the flavor profile, with carbon dioxide as the primary by-product
MERCAPTAN – A sulfurous compound that is very malodorous and generally ruins a wine if it develops
MUST – Unfermented grape juice
NEW WORLD – A term used for all countries outside Europe, or the wine styles typical of those countries
OLD WORLD – Term used for the countries of Europe, or the traditional wine styles of those countries
OFF DRY – Having a small amount of perceptible sugar
OXIDATION – Chemical changes that take place in the presence of oxygen, both at a molecular level and in a more general sense to a wine that is exposed to the air
OXIDIZE – To undergo oxidation
RESERVE – 1. Wine with superior characteristics compared with a winery’s other wines
2. To hold back for future use
RESIDUAL SUGAR – Sugar that remains in a wine after fermentation, usually measured in grams per liter or percent
TANNIC – Containing high levels of tannin
TANNIN – Any of various phenolic compounds found in grapes that give wine a somewhat bitter taste and a distinctive mouth-drying feel
TARTARIC ACID – The common acid of grapes and wine
TARTRATE – A crystalline compound that is formed when wine contains more tartaric acid than it can retain dissolved in solution, usually when the wine is chilled
TCA – 2,4,6-trichloroanisole, the primary chemical responsible for “Cork Taint”
TERROIR – All-inclusive physical environment of a vineyard
VANILLIN – A phenolic compound found in oak that gives barrel-aged wines a vanilla aroma or flavor
VARIETAL – 1. Relating to a grape variety 2. The grape variety itself 3. A wine made from a single grape variety
VINIFICATION – The process of winemaking
VINTAGE – 1. The year in which grapes were grown or wine was made 2. A style of sparkling or fortified wine
VITICULTURE – The science and practice of grapegrowing
VOLATILE – Prone to evaporation